Newsnight journalists Meirion Jones and Liz Mackean (R) prepare to deliver a statement to the media outside BBC Broadcasting House on December 19, 2012 in London, England. The BBC Trust have announced the findings of the Pollard Review into the corporation's handling of sexual abuse allegations against former employee Jimmy Savile. Among the findings were that former Director-General George Entwistle failed to heed warnings relayed to him via email of Savile's 'dark side'..Photo By Ki Price 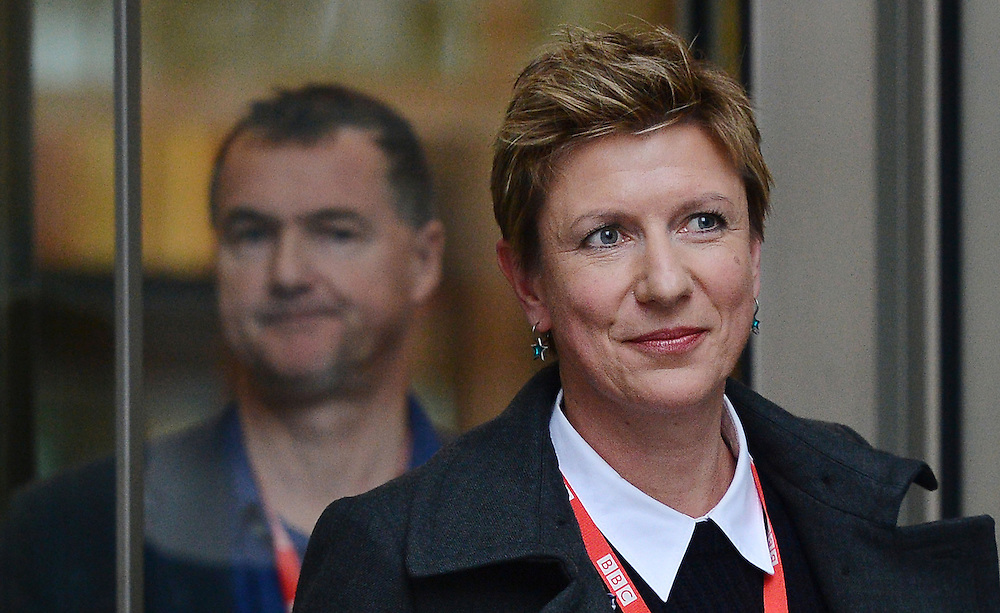