Save the Syria's Children Vigil

Save the Children Ambassador, Dom Joly, takes part in the #WithSyria campaign in Trafalgar Square. He joins thousands of people across the world who are standing together in a global vigil to mark the 3rd anniversary of the crisis in Syria.

Trafalgar Square is flooded in light as part of the #WithSyria campaign which sees thousands of people across the world taking part in vigils to stand together to mark the 3rd anniversary of the crisis in Syria.

Photo by Ki Price/ Save The Children 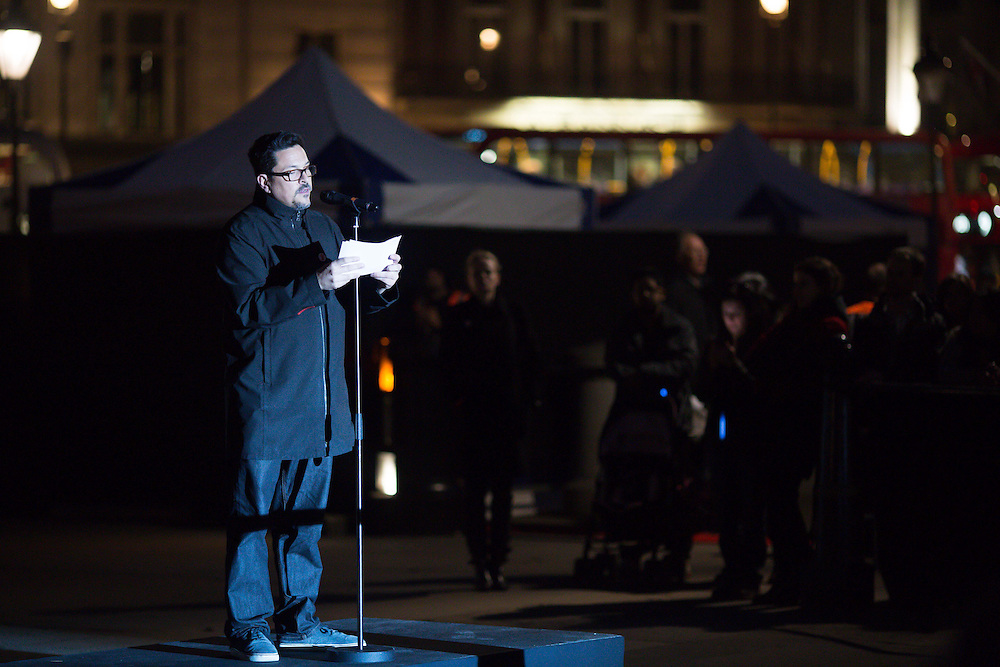