Wallaby on the loose London

A Wallaby on the lose in north London is captured at a school playground in York Rise on November 1st 2013.
Story attached.
JEAN the Highgate Cemetery wallaby was contemplating a spell behind bars this morning (Thursday) after leaving the safety of the graveyard and turning up in a children's playground on the York Rise estate in Dartmouth Park.
The marsupial, which has become a firm favourite with visitors to the cemetery in Swain's Lane since being spotted a week ago, was found by 18-year-old carpenter Oscar Chettleborough at 5am this morning (Thursday). It was bounding around the red brick, 1930s estate and had been seen nosing through flower beds.
Oscar, who went to Acland Burghley school, was returning home after a night out and rang his mum, Leigh Briscoe, in a state of shock.
Mrs Briscoe said: “Oscar had been round his mates house after a night out and I got a call from him at five am to say there was a small Kangaroo at the entrance of the estate and was worried about cycling past it to get home because he he thought it might bite him. He said: mum, what do I do?”
She added he 'promised he had not been drinking'.
“I thought: it must be the Wallaby I'd read about in the New Journal, so I called the police. The operator said to me: I beg your pardon, madam, a what? It was very funny.”
The police called the RSPCA – prompting a morning of high drama as a lone RSPCA officer tried to keep the creature safe and get it into captivity.
RSPCA officer Leigh Summers was alerted by 7am: he came from his base in Harrow and admitted he did not quite know what to expect. He said: “I've worked for the RSPCA for nine years and this is my first wallaby.”
Mr Summer added the creature was in 'fine fettle', and was almost certainly the one that had been living in Highgate Cemetery.
He said: “It looks very much like the one reported in Highgate. He is good spirits and perfectly healthy.”
By the RSPCA's officers arrival, Jean had found a way into the estat 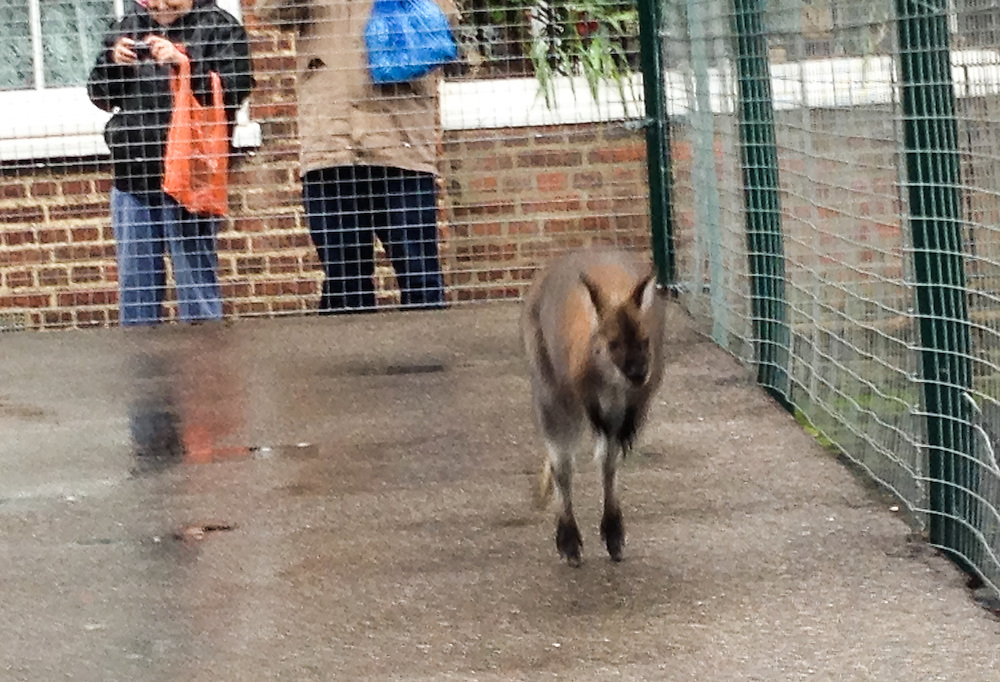