Sylvia Whitman poses for Portraits at The Shakespeare Book Company in Paris, France 01.03.2011...Shakespeare and Company is an independent bookstore located in the 5th arrondissement, in Paris's Left Bank. Originally established in 1919 by Sylvia Beach, in the 1920s the store was a gathering place for writers such as Ezra Pound, Ernest Hemingway, William Shakespeare..In 1951, another English-language bookstore was opened in Paris's Left Bank by an American George Whitman, under the name of Le Mistral. Much like the original Shakespeare and Company, the store served as a focal point for literary culture in Bohemian, Left Bank Paris. Upon Sylvia Beach's death, the store's name was changed to Shakespeare and Company. In the 1950s, the shop served as a base for many of the writers of the Beat Generation, such as Allen Ginsberg, Gregory Corso, and William S. Burroughs. Whitman's daughter, Sylvia, now runs the shop. The store continues to operate at 37 rue de la Bûcherie, near Place St. Michel and steps from the Seine River and Notre Dame and the Île de la Cité. The bookstore is located in a building that served as a monastery in the 16th century...George Whitman calls the bookstore "a socialist utopia masquerading as a bookstore". Customers have included the likes of Henry Miller and Richard Wright. The bookstore includes sleeping facilities, with 13 beds, and Whitman claims as many as 40,000 people have slept in the shop over the years...Regular activities that occur in the bookshop are Sunday tea, poetry readings and writers' meetings...Photographs by Ki Price 07940447610.. 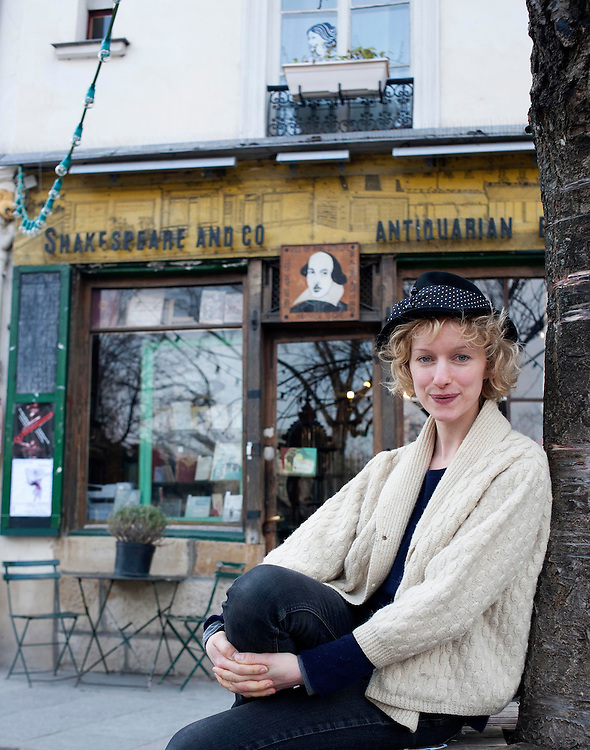