Nigel Askew of the Reality Party posers in front of a painting on Dalston Mosque on Friday 24 April. 2015. 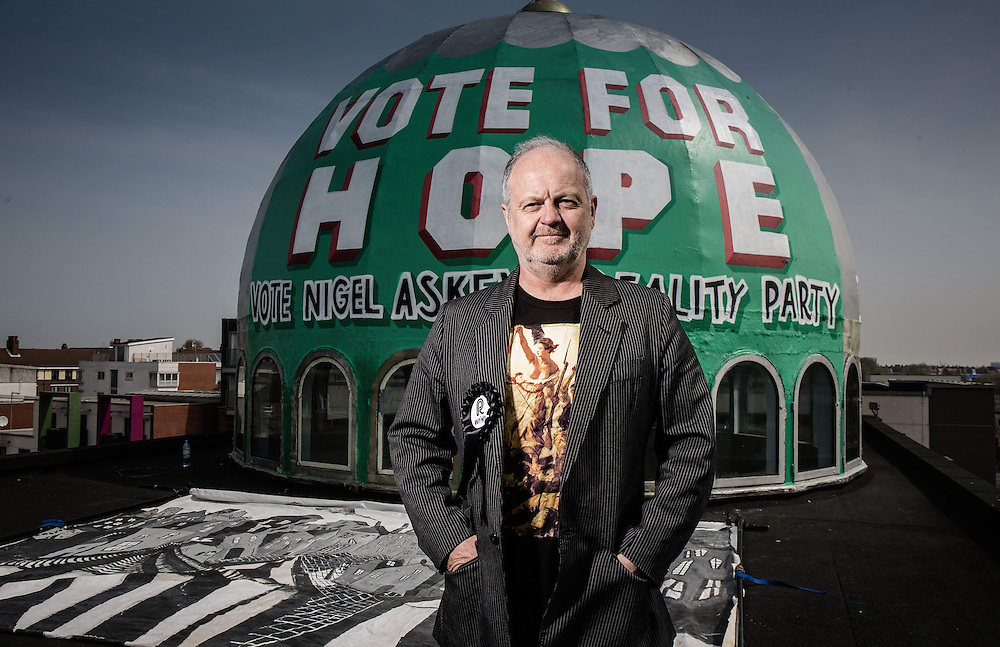