Dame Vivienne Westwood with party leader Nigel Askew opens "The Evolution Café," by We are the Reality Party E on April 30. 2015. 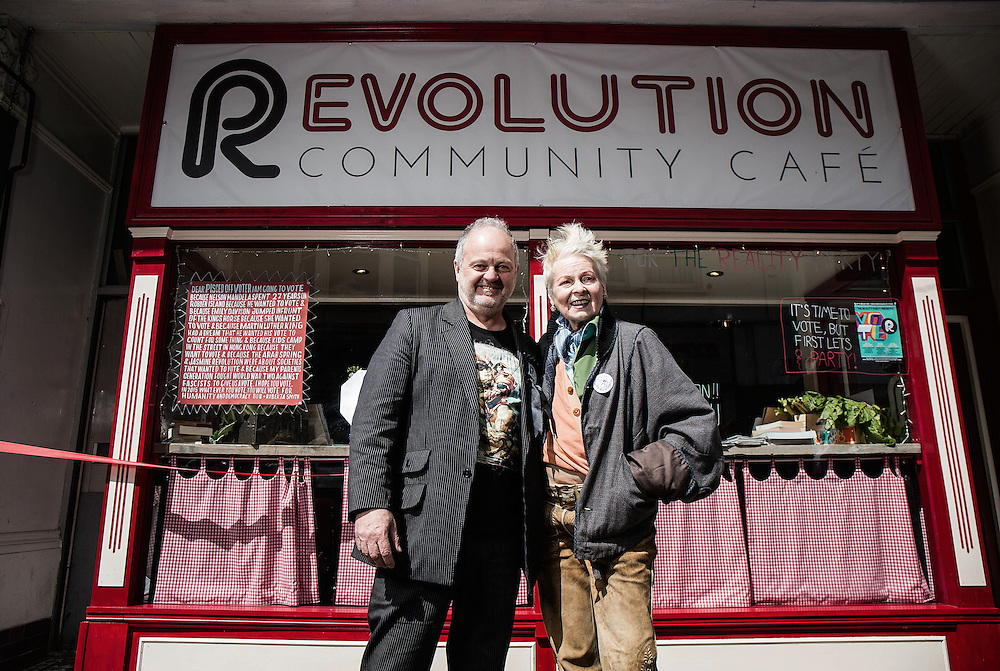